Welcome to the FTL: Faster Than Light Wiki

FTL: Faster Than Light is a space role-playing game with roguelike elements developed by Subset Games, in which you are the captain of a spaceship that needs to save the Federation from the Rebellion. It was announced on February 27th, 2012 by Kickstarter and released on September 14th, 2012. The Advanced Edition, a free content patch adding a considerable amount to the original game, was released April 3, 2014. 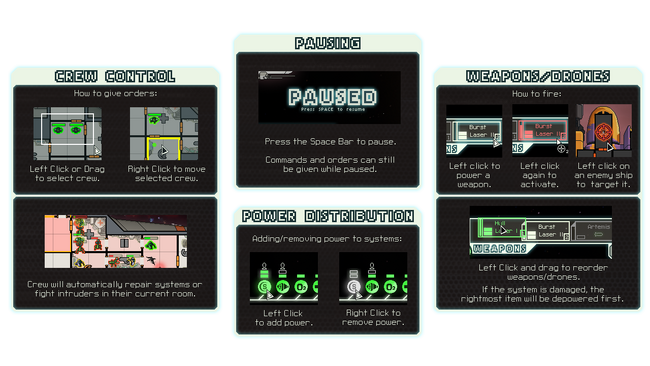 FTL: Faster Than Light is a space role-playing game with roguelike elements developed by Subset Games. In FTL, the player controls a spacecraft and crew that intercepts a data packet from a rebel fleet. The player's goal is to reach a Federation fleet, which is waiting a long distance away, without being destroyed or caught by the rebel fleet in pursuit.

Want your community included? See how!

Retrieved from "https://ftl.fandom.com/wiki/FTL:_Faster_Than_Light_Wiki?oldid=36136"
Community content is available under CC-BY-SA unless otherwise noted.