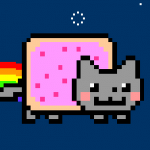 Please. It's not even a contest.

Also, Burst Laser Mk II is the ultimate weapon. Four of those paired with a Weapon Pre-Igniter, and the Rebel Flagship is trolloped with laughable ease. People lobbying for the superiority of two Mk III's need to get hit by a train. All of them.

Also, people who just add categories on wikias for a living need to understand that in no way are they actually contributing to said wikia, and in fact are just emphasizing the fact that they know how to click 3 buttons, and that's about it. Either add meaningful material, or go die in a fire.

Retrieved from "https://ftl.fandom.com/wiki/User:FtwLasers?oldid=27343"
Community content is available under CC-BY-SA unless otherwise noted.